Antimicrobial resistance (AMR) is a major public health concern for India where the burden of infectious diseases is high and consumption of antibiotics is huge and un-regulated. Reliable estimates of AMR burden are fundamental for addressing its impacts and information on local resistance patterns is crucial for devising empirical as well as pathogen specific therapy for diverse epidemiological settings.

The main goals of ICMR AMRSN are to:

In view of this, to generate relevant evidence on the extent of drug resistance and a nationally representative reliable data on AMR which was not existent from India, ICMR initiated Antimicrobial Resistance Surveillance and Research Network (AMRSN) in 2013.

The pathogenic groups identified by advisory group also align well with the WHO priority pathogen list released in 2017.

The surveillance network is managed by coordinating centre at ICMR Headquarters at New Delhi along with the nodal centers.

There are 16 regional centers (RC) in the network. Sixteen regional labs from tertiary care hospitals to provide data across the country are in network as Regional Centers (RCs) which are providing data on fixed number of isolates for each pathogenic group.

The NCs and RCs follow standard operating procedures (SOPs) of Bacteriology and Mycology formulated by ICMR to collect resistance data. The NCs focus on the identified resistant organisms and also exchange organisms amongst each other according to their expertise for in-depth molecular studies of the group of pathogens for which they are responsible.

ICMR has developed a real time online AMR data entry system for its network and will have AMR data analysis capacity. It is a user-friendly web-based informatics solution/suite for collection, storage and analysis of surveillance data. The bacterial and fungal data entered by RCs are validated by NCs initially. The analysis of the data from the surveillance network provides valuable and essential information required for targeted antibiotic policy and implementation of antibiotic stewardship in a tertiary care medical facility. 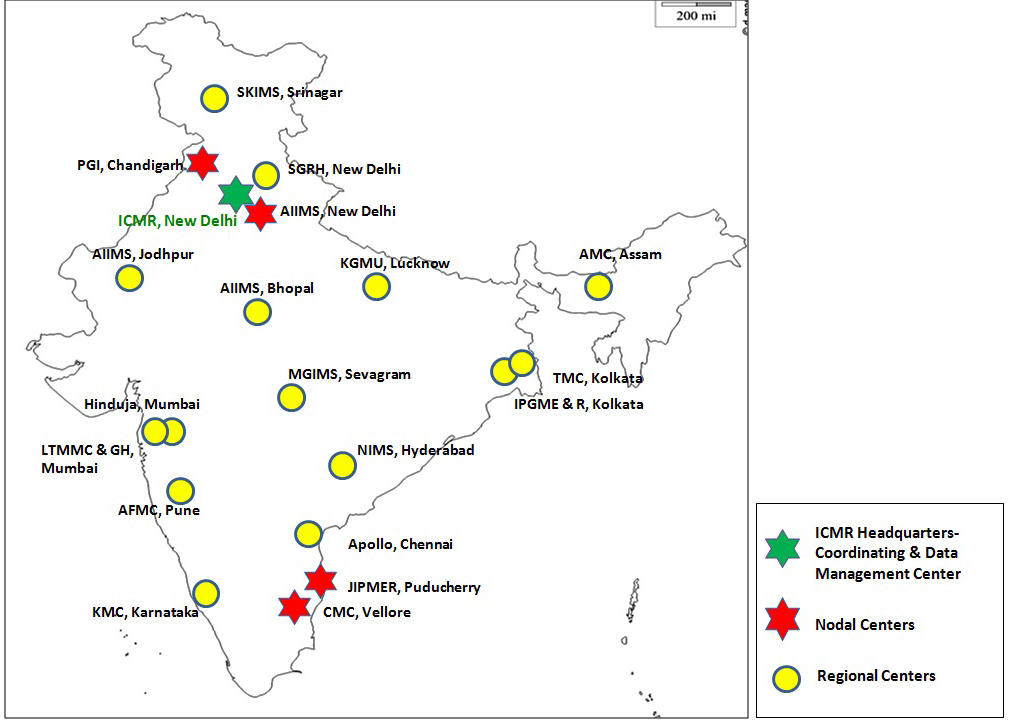